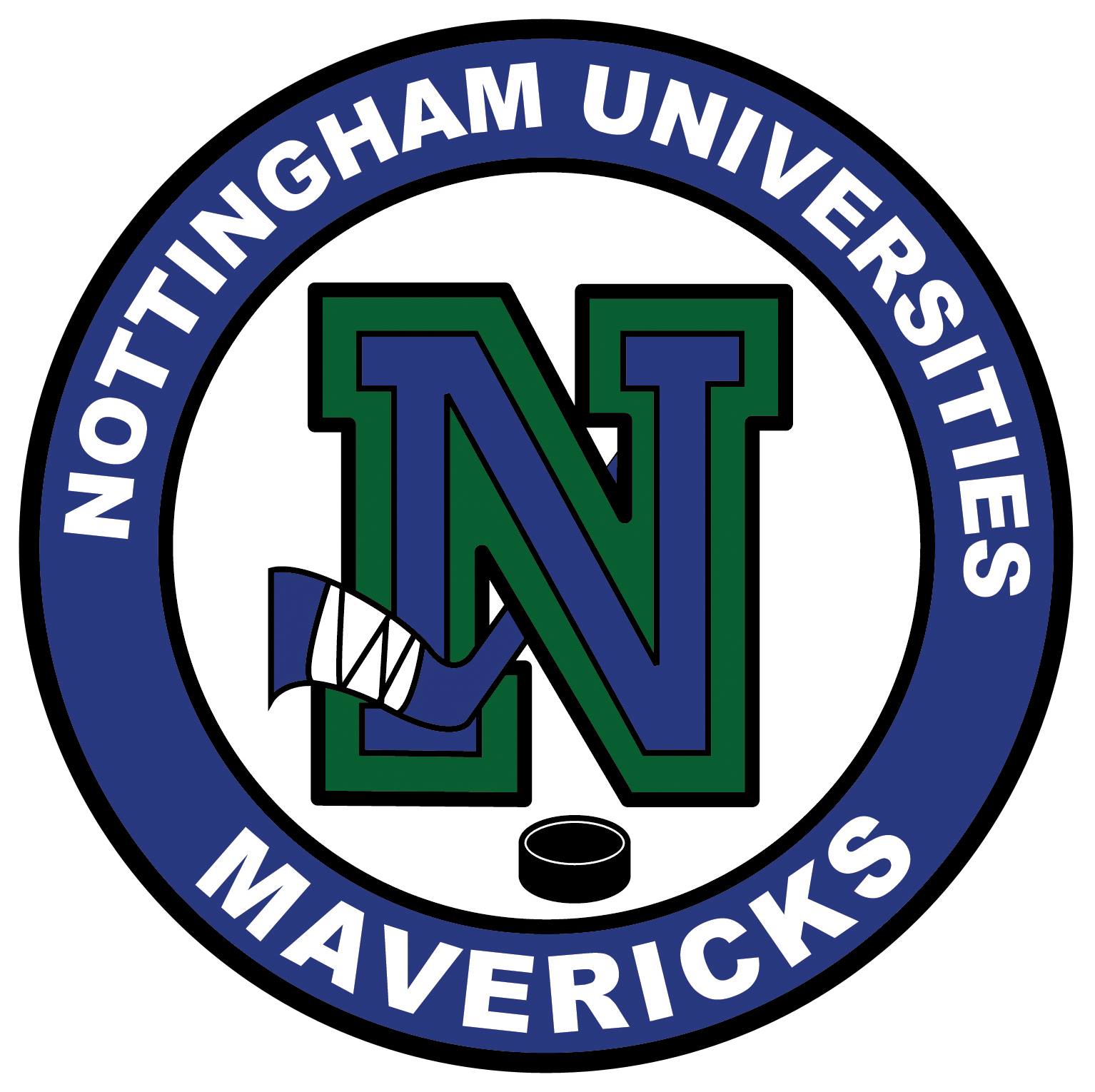 The Nottingham Universities Mavericks is one of the largest and most successful British university ice hockey clubs.

We offer training and games to players of every ability and have five active teams across all levels of British University ice hockey for the first time this season. Our A, B, C and D teams are entered into BUIHA league cup competition and we also have a development team for beginners. So whether you’ve always wanted to learn how to play, have come up through the junior ranks or played for a team over-seas, we have a place waiting just for you.

We are a mixed Universities team, welcoming students from across Nottingham and the East Midlands, but split for one game every year during the University of Nottingham vs Nottingham Trent varsity. This match is one of the largest ice hockey matches across the UK, selling out the 7000 seats in the Motorpoint Arena Nottingham and being broadcast live by the Universities student media. The biggest varsity match outside of North America is always eagerly anticipated, with tickets selling out in days so be sure to stay in touch so you know when tickets go on sale. You may even find yourself being called up to don the University jersey during your time at the club.

Do not worry, for those of you who do not make it into the varsity team you will still have the opportunity to represent your university in front of an ever-growing crowd at our annual Battle of Notts event which sees UoN face-off against Trent to determine the kings of university ice hockey.

Our five teams train Monday, Tuesday or Thursday evening depending on ice availability - the schedule is updated regularly on facebook.

No matter what your ability we guarantee everyone will be given the opportunity to participate in friendly and competitive ice hockey matches. We play in both league and challenge games throughout the season, both home and away and welcome spectators so come on down and support the University ice hockey team (for free!).

All of our clubs and societies are run by a committee.

A committee is a team of people that lead, organise and publicise a group within your Students’ Union.

It can be really rewarding as well as being a great way to gain experience and invaluable skills for your future career.

@nottmmavericks
Can't find what you're looking for?